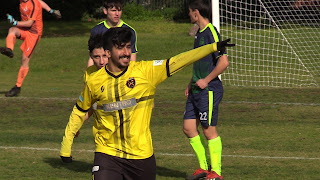 Well after making a very late decision because of the heavy rain we have received over the past few days I eventually ended up at Waverley Wanderers vs Glen Waverley catch up match with the pitch all good to go.

Last time I visited Carlson Reserve was for the FFA Cup match between Waverley Wanderers and Lalor United that provided plenty of coverage for the Wanderers after winning that one 1-0. Still one of the highest watched video of the year.

Another option I considered was the VCFA Cup Semi Final between Berwick Untied and Whitehorse United as that was shifted to a synthetic pitch.

Now once again no plans set for Sunday so its wait and see.